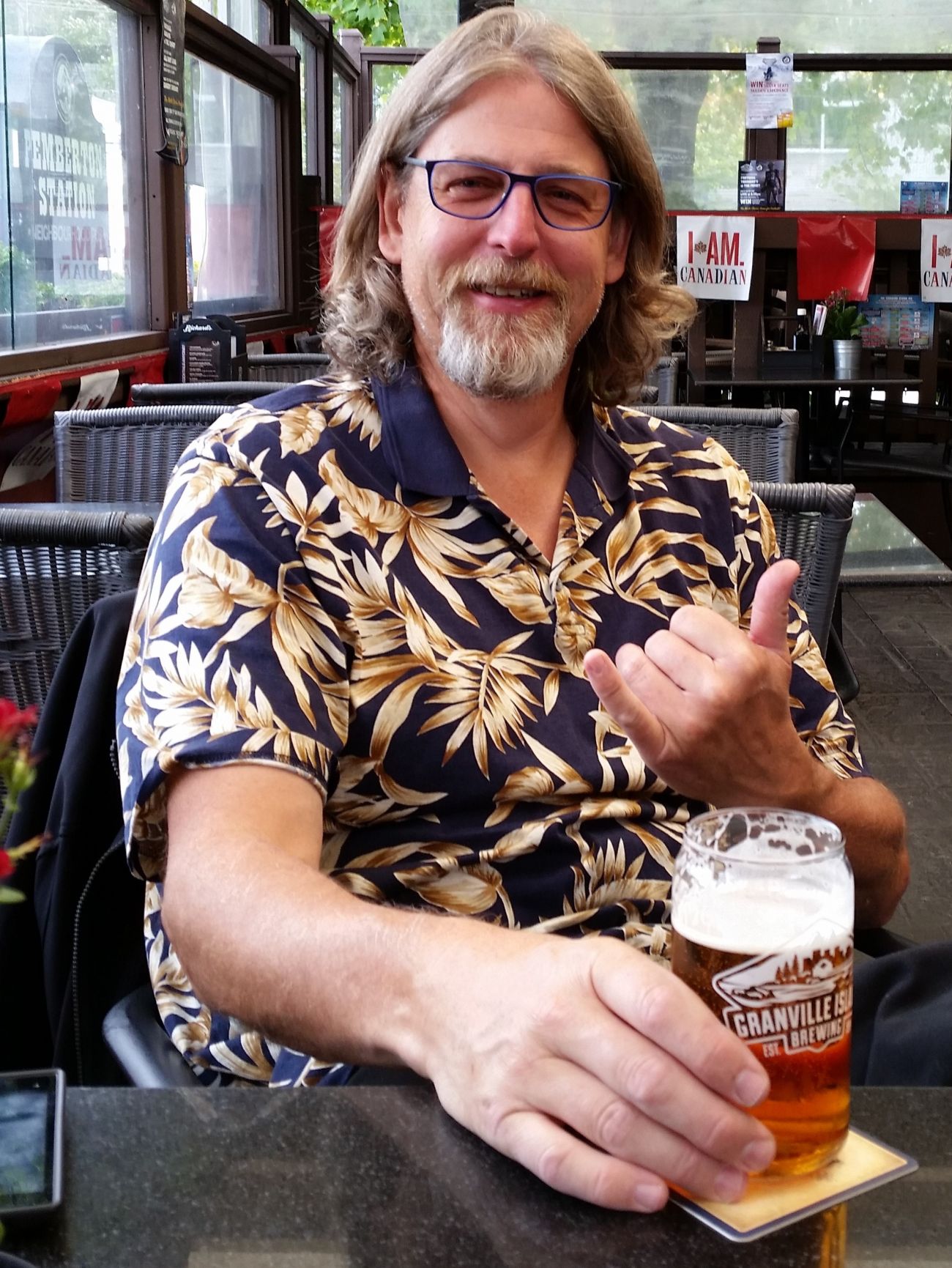 Kenneth E. Cox, beloved husband, father, and brother lost his 27-month battle with ALS on the evening of May 13th 2022. He passed peacefully at home with his wife, Michele Cox and his sister, Toni (Antoinette) Henningsgard by his side.

He leaves a cavernous space in the hearts of family and friends who always enjoyed his company and entertaining stories. He truly brought life to the party.

Ken was born December 1st 1961 to Earl Frederik Cox and Clarene Dona Hawley in Seattle, WA. He immigrated in 2015 to Canada to live with his spouse. He was an avid cyclist, skier, and hiker. He enjoyed the outdoors during any season. He also liked to cuddle with a good book or have a serious debate about an article featured in the Economist, his favorite publication. Ken loved music - Genesis, Brian Eno and Peter Gabriel were his favorite band and artists.

Ken had a passion; the Economy. He was well-versed in anything related to stocks, investments, or banking in general. His schooling prepared him for a career as a stockbroker. After some life-changing events, Ken returned to construction work; a trade he developed alongside his father and relied on to pay his way through university. His knowledge of the construction industry led him to hang up the hammer and become a sales Manager.

He was beloved by everyone who met him; a great husband, dedicated father and a friend to all who knew him. Regardless of circumstance, Ken left an impact on others. He was old-school, he was conservative. Ken was a gentleman.

After his ALS diagnosis, February 14th 2020. Ken was brave, courageous, tenacious. A role-model for all. He is survived by his wife Michele, his daughters Samantha (Evan), Alexis and step-daughter Jade-Elizabeth (Hunter) and his siblings Kellene (Todd), Antoinette (Toni) and David (Katrina). He loved them all deeply. He is also survived by 3 nieces and 3 nephews, 1 great-nephew and 1 great-niece.

Ken is now at peace joining his parents and dearly-departed friends. His smile will live on.

There will be a private family celebration of Ken’s life at a later time. If you wish to write a note or make a donation in honor of Ken, please consider the ALS society of Vancouver.