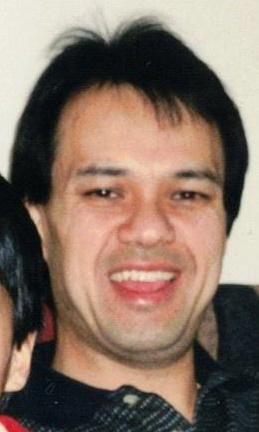 It is with great sadness that we announce his sudden passing. Kelvin is predeceased by his mother Wai-Woon, survived by his father Sek-Leong, sister Norine (Les), nephew Stephen, brother Adam (Stella) and nieces Isabelle and Arianne.

Born and raised in Vancouver, he was a loving son and uncle and will be remembered as a gifted athlete. Kelvin had a natural affinity for sports. Whether it was basketball, rugby, tennis, or softball, he excelled at them all.  He was captain of both his rugby and basketball teams in his youth and was Athlete of the Year in his graduating class.  He competed in the Stanley Park Tennis Open where he placed second overall.  His talent for athletics followed him well into his adult life.  Playing adult recreational softball, people often witnessed first-hand his adept batting and stellar throwing ability.

Kelvin's love of sports brought him to BCIT where he obtained his Diploma in Recreational Facilities Management.  After completion of his studies, he worked several years for the BC Sports Hall of Fame.

He could at times be brusque but it belied his sweet and caring nature. Sometimes a man of few words, Kelvin had a kind heart and a generous disposition. If Dad wanted a shaver, he would go out and buy him the best. If Dad needed one battery, he would go out and buy him four. "Don't worry about it" is what he would always say when we tried to repay him back for his generosity.

Kelvin was devoted to his mother.  He had a special bond with her - they were like two peas in a pod. They were always playfully teasing and joking with each other. The two could regularly be found having a good laugh. They often spent time together in her vegetable garden enjoying each other's company.

Kelvin was straightforward and honest in the way he approached work. He had integrity and a strong work ethic and always worked hard to do the best he could. Life was not always easy, and yet he was someone who tried to enjoy life in the face of adversity. He is at peace now

He will always be in our hearts and will be dearly missed by his family.

We got to know Kelvin at Les and Norine’s wedding and found him to be very personable even on first meeting him. Unfortunately we didn’t get to see him much over the years but you could tell he had a kind and gentle personality. Having both computer skills and being a great athlete was an amazing combination too. I think saying he was a nice guy would be an understatement.
Our condolences to the Quon family for their loss. The world has lost a good man.

My best friend in grades 3 to 6. Saw him last when we played football together after high school. Sorry we didn't keep in touch, sorry to hear he is gone. Great memories of playing so many sports with him and Adam. Darryl.