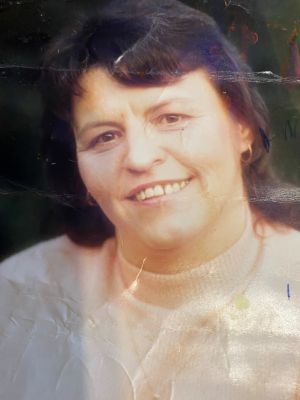 As Grace wanted, with loved ones at her side, in her own home, she closed her eyes and left us with so many wonderful memories.
Born in Glasgow, Scotland, her first years in Canada were spent in northern Manitoba in a trapper’s cabin where a dog sled was required to get to school in the winter. She joined the Canadian Armed Forces in 1961 and was honourably discharged in 1965.
A single mother with 3 children, she enrolled in college where she earned her Care Aide certificate. Upon her graduation she was employed at Langley Memorial Hospital until her retirement
Predeceased by her parents Omer and Grace, son David, brothers Richard, Leonard and Robb, and granddaughter Keisha, she leaves behind daughter Dolly (Ronnie), son Doug, sisters Annette, Renee, Carole and brother Gus. Grandchildren Jennette, Jordan, Natasha, Vanessa and Tyler. Many beloved great grandchildren, nephews, nieces and friends.
The family would like to thank the doctors and nurses who gave Grace such wonderful care, as well as the kind assistance from the staff at Only Cremations. A celebration of life will be held on July 31 at Grace’s home, 262 Davis Crescent, Aldergrove at 2:00 p.m.